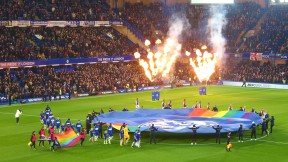 I was in work early, at 6am, as I wanted to cram in as much into the Chelsea segment of my day as possible. I managed to coerce my boss into letting me work a 0600-1400 shift, and it was easily OK’d. I had planned to take two days off work, the Thursday and Friday, and be able to look forward to wonderful visits to my two favourite stadia in England – Stamford Bridge and Goodison Park – with no hindrance of work. But these plans took a battering. We are short-staffed at the moment, and down to the bare minimum. I said I’d work the Friday. No worries. My managers are always very helpful in giving me as much “Chelsea time” as I need.

And I need a lot.

I met up with the other two Chucklers, PD and Parky, and we quickly demolished a meal at a pub in Melksham before PD set off for London at 3pm.

Sadly, the last twenty miles took ages. With rising frustration – PD’s F count reached triple figures as did his C count – we slowly manoeuvered our way into London, through the dismal traffic, and the last two miles took over half-an-hour.

Some friends were waiting on our arrival in The Goose from earlier on in the afternoon.

Cesar, looking to enjoy a different emotion after the disappointment of West Ham, was waiting for us with his wife and children, as was Johnny Twelve Teams – he has more clubs than Tiger Woods – and his wife Jenni. And also waiting for us was Jaro, who – if the loyal readers of this tripe can remember – saw his first ever game with his son Alex around six weeks ago. He had enjoyed it so much – SO MUCH – that he managed to wangle a work trip from his home in Washington DC to his company’s office in Chiswick to tie in with this game against Aston Villa. Over the past few weeks, we have been messaging each other, and trying to sort out the match day plans. He had, intelligently, managed to buy a ticket on the official exchange just a few seats away from us in the Matthew Harding Upper.

My – our – late arrival at 6.30pm was all rather frustrating.

So – yeah – three and a half hours to drive just over a hundred miles.

There was just time for one pint of “Peroni” but it was magical for Jaro to be able to meet, in person, LP and PD. Jaro is, by some margin, the person who interacts with me most, and has done since 2009, with these reports. He would later tell me that it was like meeting characters from his favourite novel.

There was rushed chats with everyone. Not perfect at all. But Jaro announced that Tammy was back.

And we hoped that the return of John Terry would not be too “OTT.” We already had banners and all at his last ever game in 2017 when – remember? – he was carried off the pitch during the game.

Looking back. What were the players thinking?

Jaro just loved the walk, in the cold winter air, along the Fulham Road. I introduced him to a few friends on the way, and he bought a “CFCUK” to read on the flight home. He would be heading back to DC on Friday. We joked that Jaro needs to work on his managers – “am I needed in the London office again between now and May” – in the same way that I have done with my managers since 2003 (thanks Stu, thanks Clive, thanks Paul, thanks John, thanks Mike, thanks Matt…).

There has to be a balance between work and play, right?

Neither of us could have imagined for one minute that, after his first game against Newcastle United in October he would be back again for his second so quickly.

As we headed in to the forecourt – my body swerve past the security guards was textbook and saved getting my camera bag checked – Jaro mentioned to me that the black and white photograph that sits on this website reminds him constantly of the Peter Osgood statue, what with my right arm cradling a ball just as Ossie does. I really had not made the connection – unlike me, I thought – but he was right. That I am wearing the same kit – even the hand-sewn “9” on my shorts – makes it even more uncanny.

Inside the stadium, it was a pleasure to welcome Jaro to The Sleepy Hollow where he finally met Alan too.

After the “rent boy” songs by West Ham on Saturday, we now had rainbows around the large CFC crest on the pitch and a rainbow flag in front of the teams as they lined up.

We lined up as below :

Banners for John Terry were presented in The Shed Upper and the Matthew Harding Lower. But there were no noticeable chants for our returning hero before the game. I took a few early shots of JT and Frank, then concentrated on the action being played out in front of me.

Alan and myself chatted away about all sorts during the first part of the game. Alongside us was Bournemouth Steve, his first game of the season. Jaro was only fifteen feet away. The three thousand Villa fans really were in food voice, and were loudly bellowing “Holte Enders in the skoi.”

There were two Villa flags, one of which was worth repeating.

Five minutes into the game, I received a call from Les who I had seen earlier in The Goose. He was in trouble. He, and a few others, were stuck in the lift which takes supporters up to the MHU. He had already been embroiled in the traffic congestion on the M4, but was still struggling to reach his seat. I alerted the stewards. I hoped to see him soon. He sits in the same general area.

We began well, and drove through the Villa defence. Both wingers were working the space, and crosses reached targets. A Willian blast was kept out by Tom Heaton. A Mason Mount header was straight at the same player. The Villa ‘keeper was in the heat of the action, scooping up another effort. Tammy misfired on a couple of chances. Current media “flavour of the month” Jack Grealish was chosen to be the one player that would infuriate the home supporters.

There had been a couple of “sighters” from Reece James, but on twenty-three minutes his fine cross was inch perfect and Tammy was on hand to steer it past the ‘keeper with a firm header.

I felt Tammy’s relief from one hundred yards away.

Was there a moment of doubt, was VAR lurking? We didn’t think so.

However, still no Les.

I called him to reassure him that an engineer was on his way.

It was all Chelsea, really, but our chances dried up a little.

The atmosphere wasn’t brilliant but was certainly better than against West Ham. There had been a “Double, double, double” chant midway through the half but the home fans had set the right tone I think. It was all quite understated. The last thing I wanted was wall-to-wall John Terry adulation.

Alan and I spoke about the disbelief of hearing that there was not one Chelsea foul against the previous opponents. In this game, the harrying and tackling was much better. There was more energy. No more so than from Mateo Kovacic, N’Golo Kante and Mason Mount. Top stuff.

A song for Grealish :

…mmm, 7/10…needs another syllable slotted in there somewhere.

However, there was a poor back-pass from Reece James (file under Kamikaze Defending Part 413) but we were lucky. Sadly, with the first-half coming to an end, Grealish combined with El Mohamady and his fine cross was headed home, off his leg, by Trezeguet. Annoyingly, our defenders in the six-yard block did not attack the ball. They were flat-footed. The showed the same amount of inertia as tectonic plates.

Purple flares were visible in the claret and blue half of The Shed. It reminded me of the same colour flares in the same end against Wolves in 1994.

At the half-time confab between Jaro and I, our combined thinking was along the lines of “let’s hope for a little more precision in the second-half…a late winner would be perfect.”

Two minutes into the second-half, the game changed. I was able to capture the studied skills and delicate dink from Willian, the fantastic chest pass from Tammy – how John Terry, right? – and the ferocious volley into the roof of the net by Mason Mount.

Especially for Jaro, the players raced down to the corner flag below.

For the next twenty minutes, we hit a purple patch. We played some great football.

The energy of Kovacic. Arkright, on this day, had sold a can of peas, a copy of the evening paper, some fire lighters and a quarter pound of peardrops. Ching ching went his cash register.

Mount winning 50/50s against Grealish – the battle of the night.

The technical ability of Reece James.

The tigerish spirit of Dave.

The whiplash of Willian.

And Kante. The relentless Kante.

Alan came up with a good metaphor for him. For opponents he is like that annoying itch that just can’t be reached. He is always there. Always beyond reach.

Crosses were whipped in, shots were blocked, the movement off the ball was superb. Mount went close from way out, then Tammy held his head in his hands as his shot was touched past the far post.

“Still need a third, though boys.”

Heaton was in the thick of it now and his goal lived a charmed life. A free-kick from Willian, again from distance, was tipped on to the bar and the ‘keeper then fell on the loose ball.

The funniest part of the night?

Grealish’s attempt at a Mason Mount-esque volley. He missed the ball completely.

His song was repeated.

(Good player though, on his day. That’s why we didn’t take to him, right? If he was shite, we would have ignored him.)

Good applause for all.

The Chelsea shots still came, but Villa were not giving up.

“They’re far from the worst team we have played this season.”

There was a moment when a wide player received the ball in roughly the same area as Cresswell on Saturday – ugh – and I was deja vu’ing but the move broke down. One last chance for Villa and Kepa threw himself low to his right to avert the danger.

A good win, a great second-half, it felt like that we were back on track.

It was not the time to dwell too much on the niggling doubt that we have picked up points against average teams yet have struggled against the better teams.

A win and three points was all that mattered on this night in SW6.

Of course, John Terry took to the pitch at the end after the usual hugs and handshakes had taken place between the victors and losers, the heroes and villains, former team mates everywhere. I stayed until the end and took a few photographs, as is my wont.

I marched out onto the Fulham Road just as some Villa fans were walking past, but there was no trouble. I devoured a cheeseburger at “Chubby’s” and Jaro and I walked up the North End Road, chatting away like fools.

Back at PD’s car, we admitted what a fine second-half it had been.

PD had better luck on the return journey and, despite lots of fog en route, he reached Parky’s house at just after midnight. I clambered into my car and I was at home just before 1am.

It had been a fine night out in SW6.

Next up, a very poor Everton at a very fine Goodison. 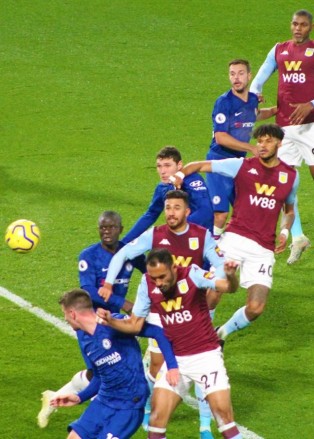 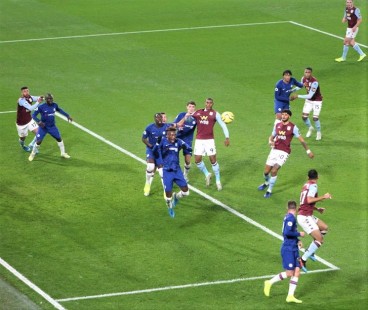 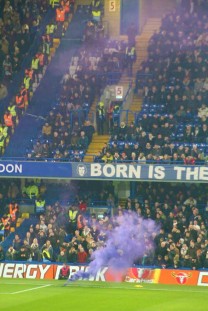 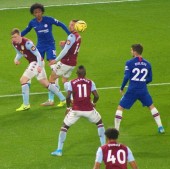 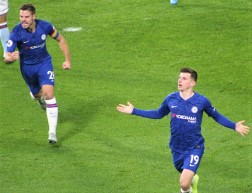 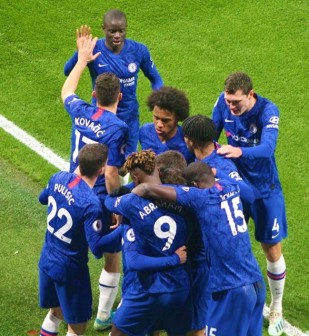 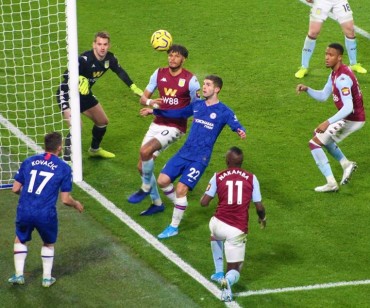 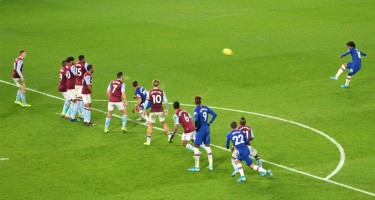 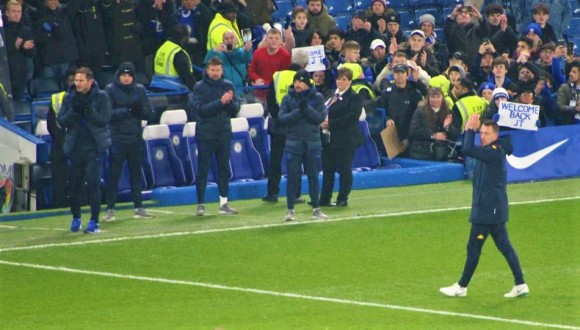 5 thoughts on “Tales From Work And Play”