With the late kick-off for our game at Eastlands, let me say a massive thank you to the TV companies and the FA who once again make life that little bit more difficult to the fans who actually attend games.

Looking ahead, I see that for the third consecutive year, we are at Everton on a midweek night later on this season. It’s a disgrace and makes me sick.

For a few moments on Friday evening, my head was full of the World Cup draw. Rarely has my mobile phone been busier thanks to all the Stateside messages I received within an hour of England and USA being drawn together. However, thoughts of the World Cup rapidly evaporated when I awoke on Saturday morning.

Manchester City vs. Chelsea. The battle of the money men. Game on.

I had been suffering with a slight cold on Thursday and Friday and so wasn’t relishing the 200 mile drive up to Raintown.

I left home at 11am and listened to “Fighting Talk” on Five Live. I would be travelling alone, cocooned in my car with thoughts of the day ahead, battling the traffic, the wet weather and the cold. It was a typical winter day – low lying cloud and virtually no sun. With the Pompey vs. Burnley match on the radio, I decided to listen to Kings Of Leon instead. Not even I am that much of a footy fan.

It was a pretty uneventful trip north. The Cocteau Twins replaced the Kings Of Lyon as I spun around the M60, the Manchester orbital. With the massive Stockport train viaduct ahead of me and then three massive red-brick mill buildings ( now rejuvenated as shopping malls / offices ) it suddenly dawned on me that I was “up north,” in the country’s former industrial heartland.

Stockport – of course, the location of Chelsea Football Club’s first ever competitive game, some 104 years ago.

At around 1.30pm, I found myself in the district of Clayton, where Manchester United’s first ground was located. I could see the supports to the City Of Manchester Stadium roof and so hunted for a place to park. I decided against street parking as I saw a few shady looking youths loitering. I paid a fiver for secure parking in a car wash, opposite a pub. I was reminded of the memorable welcome a few of us received from a female City fan way back in 1989. We had walked down to Maine Road from Piccadilly on a wet Saturday morning and as we crossed the road by the main stand, a Ford Capri stopped. The passenger window was wound down and the girl shouted out

As I approached the stadium, Beth called to say that she had just arrived too. She had travelled up by car with Gill and Graeme.

The weather turned murkier and the drizzle increased.

This was my fifth visit to the new City stadium. On a similarly rainy evening in 2004, a Nicolas Anelka consigned us to our only league defeat that season…I wondered about the omens.

Just before I bumped into Alan, Gary, Whitey, Beth, Gill and Graeme, I noted a long wall adjacent to one of the car parks. Emblazoned on it was a long piece of graffiti, signifying “speed”( all zig-zags and stripes ) with none other than an image of Shaun Wright-Phillips at the front. It looked pretty tasty. However, I soon realised that it was ultra-realistic.

He didn’t have the ball at his feet.

There was probably an image of a ball on another wall somewhere, or on the other side of the road. Maybe next to a chip shop in Droylesden or somewhere. Anywhere but at SWP’s feet.

I had time for two pints inside the stadium and a bit of a chat with a few mates.

As I took my seat in the upper tier, we noted that the stadium lights did not appear to be on full power. All was revealed. Just before the teams came on, all stadium lights were turned off, leaving just a “blue moon” image on the two scoreboards at each end of the stadium. With that, the City fans began bellowing their club song.

It was pretty good actually – the best example of a stadium helping to orchestrate an atmosphere I have seen outside of SW6.

Like The Bridge, the balcony walls were covered with City flags and slogans. The best one – and the biggest – simply stated

I’m not sure of the origins of this City chant, but I guess it could be City’s particularly tongue-in-cheek reaction to being the second-class citizens of Manchester. I like City’s self-deprecating sense of humour. They remind me of us. In fact, just before kick-off, I spoke to Gary about City being the only other team I could stomach winning the title, mainly in lieu of all the hard times they endure as a result of United being across the city.

Soon into the game, we regaled the City left-back with a nice song about a game at Highbury in 2004. It didn’t take Gary long, once he had spotted a certain H Webb as the referee, to state

“We’ll get nothing here.”

However, it is worth saying that Gary says this at every one of our domestic away games, as if every Premiership ref has a personal vendetta against us. I had to chuckle.

We began well and appeared to be continuing on from the Arsenal game. We had a couple of chances even before we went ahead via Adebayor’s own goal.

Oh how we laughed.

However, for the rest of the first-half, City played really well and smothered us. Our midfield was poor by comparison to theirs. However, it was especially grating to hear that their equaliser had come via a handball. There were many grumbles at half-time, but I had confidence in Carlo sorting them out during the interval.

We played better in the second-half, but the Tevez free-kick made it hard for us to get on top of City. That lead gave them an extra yard. However, our midfield was truly abysmal…in fact, only Anelka seemed to play well. It was a disjointed affair. No passion.

Despite the fact that we stood for most of the game, our vocal support was poor, too.

Drogba was put through, one on one, and I was convinced he would score. I turned around in dismay and kicked the seat when he stroked the ball wide.

We piled on some late pressure and we prayed that a goal would come. Then, a ball for Drogba and he was scythed down. I pointed a finger at Gary – “He’s given it!” – and was full of emotion. I turned around to share my jubilation with my fellow fans.

And there she was.

Stood behind me, away shirt on, was a girl in her early ‘twenties. She had no expression. No smile. No laughter. No jubilation. I felt like shaking her. Why wasn’t she going mental like Alan, Gary and yours truly? Her obvious ambivalence to the emotion of the moment truly saddened me to the core.

Why do these people bother?

The away end held its collective breath and hoped Frank would score.

I snapped just as he was about to strike.

The scuffed shot. The save. A miserable 3,000 strong groan. The City fans erupted.

Despite five extra minutes, we looked unlikely to do it. As the final whistle blew, I quickly exited and I was soon out in the rainy evening. A few City fan were goading us and Dave Johnstone walked over to remonstrate with the Manchester police. I sped on back to the car.

The City lot were full of it – no complaints, they deserved it.

A gaggle of them sang “We’re not really here”

And I wished they weren’t.

I was lucky to get away relatively early. I edged out of the car park and was away, the rain coming down thicker now…the car windows steamed up and all around me car lights came on. The terraced houses seemed to go on forever. The City fans were bouncing. It would be a good night in Manchester’s blue half.

It was a four drive home…my post-match depression was short-lived. My good mate Alan had downloaded ex Cocteau Twins singer Elizabeth Fraser’s first single in 13 years and I listened to this on a loop for a good hour. It cheered me up no end. It also included her liaison with the late Jeff Buckley on “All Flowers In Time Bend Towards The Sun.”

Soon after, as I headed south past Tewkesbury and Cheltenham, I put my favourite Cocteau Twins album “Treasure” on and Fraser’s magnificent voice, shimmering one minute, crashing with emotion the next, soothed me.

“Treasure” came out in November 1984…and every time I hear the first few words, I am immediately taken back to that time. It takes me back to a cold December night, myself listening to “Treasure” on my Walkman, walking up the Fulham Road, full of Christmas shoppers, just after I had seen the Chelsea vs. Liverpool game on December 1st 1984…we had just beaten the European Champions 3-1 in front of over 40,000…Peter Osgood had been spotted in the West Stand seats just a few yards away, King Kerry scored after a few minutes and the Scousers were outplayed by an exuberant Chelsea team, newly-arrived in the top flight.

With such memories as that to draw on, the drive home was easy.

I soon reached Bristol – now home to Elisabeth Fraser, Massive Attack, Tricky, Portishead et al – and the music and memories of games past continued until I reached home at midnight. Let’s not dwell too much on a poor day at the office for Chelsea. Who needs bad memories? All flowers in time bend towards the sun. 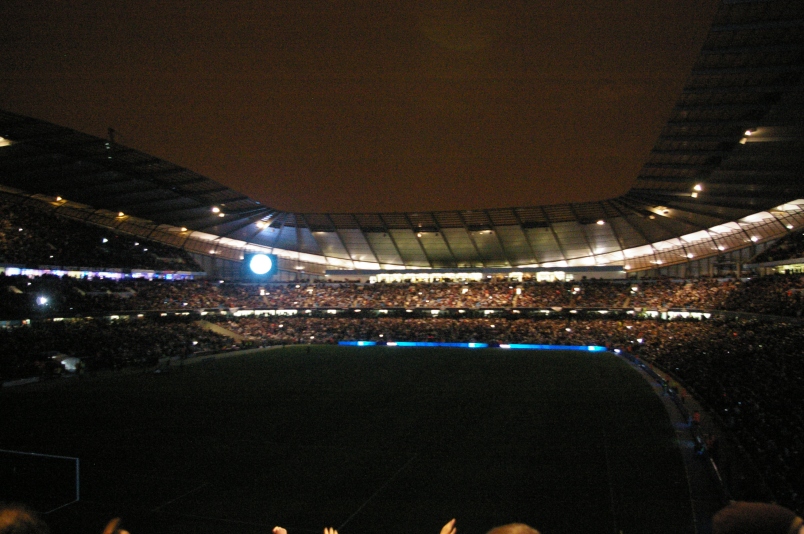