During the pre-match chat ahead of the West Brom game on Monday, all was going well until I was reminded that we were playing Barcelona at home on the following Tuesday. Bloody hell, that made me gulp. As at 7.59pm on Monday, we were a team and club that appeared to be low on confidence. Antonio Conte’s honest admission that his team lacked “personality” at Watford seemed to sum things up succinctly for me. Thankfully, we brushed the hapless Baggies away without too much fuss on Monday, and we looked forward to a second home win of the week against Hull City in the FA Cup as the week progressed. However, there is no doubt that the looming shadow of Barcelona dominated my thoughts for a few days. On Thursday, we had to apply for tickets for the Camp Nou game.

Tickets were purchased. Roll on Tuesday 20 February – another gulp – and Wednesday 14 March – and another.

We will be there.

The working week finished, I was a relaxed and smiling soul as I met up with Parky and PD in the pub opposite work. I was not initially a fan of Friday games – all that travelling after a hard week at work seemed a nightmare at first – but as I drove the lads to London, the realisation that I could have a lie-in on Saturday morning was a lovely thought. Outside, it was a sunny and crisp afternoon. There was a nice vibe in The Chuckle Bus. The traffic slowed a little on the M4 and it took me a little shy of three hours to reach London.

I met up with Andy and Antony from Los Angeles, and a handful of a few more locally-based faces, in “Simmons Bar” at just before 6pm. It was a lovely pre-match. Everyone seemed so relaxed, but maybe it was just me. It’s always a pleasure to meet up with Andy, who helped form the famous or – infamous – “Orange County Hooligans” (who knew Americans could be ironic?) a decade or so ago. I have met his pal Antony at a couple of stateside shindigs. I first met Andy in Santa Monica in the summer of 2007. I had arrived at LAX with Cathy for our series of three games in Palo Alto and Los Angeles, and the plan was for Cathy, Beth, Andy and me to head a few miles inland to watch Hollywood United play in the evening. That was the plan. Sadly, we managed to get a little lost on the freeways of LA, and only arrived as the second-half was starting. We had just missed Frank Leboeuf playing the first forty-five minutes, which was particularly galling. I do remember a Hollywood United strike from distant being one of the best goals that I have ever seen. Thankfully, Leboeuf joined us all for a boozy question-and-answer session at the Chelsea pub a week later.

Andy and Antony were over for the Hull City and Barcelona home games – a whirlwind trip to Prague and Brussels was planned between the two matches – and Andy informed me that the Hull City match was his fifty-ninth Chelsea games, a superbly impressive figure.

“When I get to one hundred, I’ll retire” he said, far from convincingly.

I picked up a copy of the match programme, and in-keeping with other cup games this season, the front cover was based on a previous encounter with the opponents. This time, the season featured was 1981/1982. The memories flooded back; this was a season which marked going to games by myself for the first time, aged just sixteen. I remember one school friend being quite shocked that I was OK to head up to London by train on my Tod. I might have been a rather quiet and shy youngster, but travelling alone never scared me. In season 1981/1982, I subscribed to the home programme for the first time and I would always wait with great anticipation on the Monday or Tuesday for the programme to drop through the letter box. Invariably, I would devour every part of it. I always used to enjoy reading the pages from our past which were magnificently penned by Scott Cheshire. From these pages, I learned about players such as Tommy Law, Hughie Gallacher, Ken Armstrong, John Harris, Tommy Lawton and Vic Woodley, and my interest in our history was re-ignited.

Inside Stamford Bridge, I wondered again if the attendance would hold up. Clearly, as with West Brom on Monday, the away section was far from full. But generally, there was a good show. Only the top seven or eight rows of the East Upper – at the top corners – were not used. Deep down, what with our run of midweek games of late, I wondered if we would struggle to sell 32,000 to 35,000 tickets.

Another good show from our support.

With it being a Friday might game, there were many more children dotted around our area and it was great to see.

The team was a mix of fringe players, first team regulars and youngsters.

In a repeat of Monday, the lights were dimmed and the teams then appeared. Hull City had around eight-hundred supporters.

The game began with a perfect start. A Hull City move broke down and Olivier Giroud pushed the ball on to Willian. Maybe a top-tier team would not back off, but Willian was able to shuffle the ball between his two feet and gain a clear view of the goal. He adeptly curled a fine shot into the goal. It was such a fine strike.

Only two minutes were on the clock.

The Hull accent is neither particularly well known, nor easy to do. Apart from the locals using “I nerr” – for “I know” – all the time, it has little distinguishing features. But Alan and me had a little stab at it.

Chris : “Come on my little diamonds.”

It was a perfect start, happy days.

The singing was good at the start, but I inwardly tut-tutted every time I heard the tedious “Steve Gerrard / Demba Ba” chant and the equally tiresome “Frank / 200“chant. Shouldn’t we be singing about current players? Certanly not about Liverpool players. I suspected, actually, that Lampard and Gerrard had been spotted in the TV studio above the MHL.

Willian was on fire in the first part of the match. The next chance fell to Giroud, staying onside, after Pedro shovelled a lovely over-the-top dink to him. He slammed the ball over. We were well on top, moving the ball well. As usual the crowd yelled our support of the manager, and the man in black was soon clapping us for our support. Let’s all hope that recent horrible blip will act as a stimulus for positive change. The debutant Emerson had begun well, showing an ability to seek out space down the left.

I wondered if his middle name was “Lake.”

I’ll get my coat.

On twenty-seven minutes, Cesc Fabregas received the ball from Giroud inside our half and played an inch-perfect lob ahead of the on-rushing Pedro. He caressed the ball with a lovely touch, bringing it down, and then steering it low into the goal. What another lovely goal. Superb.

Five minutes later, we built another attack, and again Giroud was involved. He passed to Willian, raiding at will, and he raced at the back-peddling Hull defence.

Alan had mention that he had bumped into Andy from Trowbridge on the walk to the stadium and Andy had said that he had us to win 4-0.

Lo and behold, just before half-time, a poor Gary Cahill shot was not cleared and the ball fell to Emerson, who did well to send over a low cross towards the near post. Giroud was on hand to deftly tap home. Get in. It had been a fine show of finishing, and Hull had been blitzed.

“Andy is probably thinking we need to declare now.”

I wondered what was in store for us in the second-half. Alan was hoping that Callum Hudson-Odoi would play a large part in the proceedings. He was happy to see that the manager agreed. He replaced Pedro. As the second period began, I realised that Callum’s shirt number – 70 – was as good as it gets for a player called Hudson.

I have to say that the resulting forty-five minutes was a pale imitation of the first forty-five.  Hull began far brighter than us at the start of the second period. Ethan Ampadu was forced to clear off the line, but a braindead foul by Cesc inside the box gave Hull City a penalty.

All thoughts were on Andy and his 4-0 bet.

After a little delay, David Meyler slammed the ball at goal. Willy Caballero flung himself to the right and saved. The hero from the Norwich marathon had done the job once more. Alan and I cheered and smiled.

The bet was still on.

On the half-hour, youngster Kyle & Scott replaced Fabregas. Bloody hell, the kid looked young, with the frailest of frames and a haircut from the ’eighties or modern North Carolina.

“He looks about twelve, Alan.”

The youngster looked at ease though, showing no real signs of nerves at all.

I announced to Alan that “I’m going to call him Kyle & Scott.”

Silently, I wondered if he was good in the air.

The voice inside my head replied : “Yep, he’s a nice jumper.”

I’ll get my other coat.

Hull threatened our goal again, who were by far the better of the two teams in the first fifteen minutes of the second-half. Hudson-Odoi raced away and played the ball to Zappacosta, who had the chance to shoot, but instead chose to pass to Willian. His deliberation allowed defenders to recover and his shot was blocked. As the ball then spun loose, Zappacosta forced a low save from the Hull ‘keeper Marshall.

The bet was still on.

As the game drifted past, Alan and I waffled.

Alan : “I’ve seen it all now. The Hull ‘keeper wearing all green. Whatever next?”

Chris : “Not only that, the referee in all black. Stop the madness.”

We then realised that Willy Caballero was wearing all orange, thus clashing rather spectacularly with Hull’s predominantly amber kit. We remembered how such topics were feverishly debated by Brian Moore on “The Big Match”, often eclipsing any talk of tactics and styles of play. I blame Brian Moore for both Alan’s and my continued annoyance with kit clashes.

The minutes ticked by. Hull’s little period of possession had passed now, and we were again in the ascendancy.

I loved the way that with every Willian corner, two young lads sitting behind me were yelling at him, almost feverishly. It was great to see and hear. The noise had been pretty good in the first-half, but had lessened in the second.

With twenty minutes remaining, Olivier Giroud was replaced by Alvaro Morata. The former Hipster Gooner Knobhead was given a fine reception. He is well on his way along the Mickey Thomas path of redemption and acceptance. Danny Drinkwater kept a rising ball down and the driven shot was saved. I found it hard to believe that the score was still 4-0. The last chance of the game – very late on – fell to the game’s most lively player Willian, who advanced and curled a shot towards the goal. The ball spun off the far post, with the ‘keeper well beaten. Alan and I sighed, but soon laughed. Andy, I am sure, punched the air with joy.

The bet was won.

The game ended, and there was a hearty roar.

The PA announced that we had reached the FA Cup quarter finals for the thirteenth time in seventeen seasons. As I left the MHU, I realised how much we have owned this competition since 2007. It is time we won it again.

We had all witnessed a fine evening of football.

It had been a beautiful night in The Beautiful South. 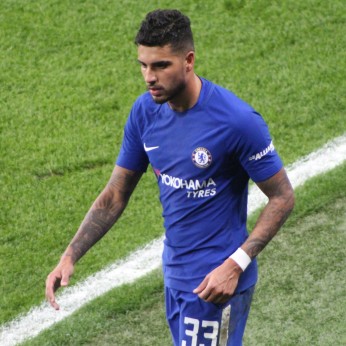 3 thoughts on “Tales From The Beautiful South”